Bukhara (Uzbek: Buxoro; Tajik: Бухоро; Persian: بخارا‎‎; Russian: Бухара), is one of the cities (viloyat) of Uzbekistan. Bukhara is a city-museum, with about 140 architectural monuments.[1] The nation's fifth-largest city, it had a population as of 31 August 2016 of approximately 247,644.[2] Humans have inhabited the region around Bukhara for at least five millennia, and the city has existed for half that time. Located on the Silk Road, the city has long served as a center of trade, scholarship, culture, and religion. UNESCO has listed the historic center of Bukhara (which contains numerous mosques and madrassas) as a World Heritage Site.[3]

The history of Bukhara stretches back millennia. It is now the capital of Bukhara Region (viloyat) of Uzbekistan. Located on the Silk Road, the city has long been a center of trade, scholarship, culture, and religion. During the golden age of the Samanids,[7] Bukhara became a major intellectual center of the Islamic world, second only to Baghdad. The historic center of Bukhara, which contains numerous mosques and madrassas, has been listed by UNESCO as one of the World Heritage Sites.

Bukhara has been one of the main centres of world civilisation from its early days in 6th century BCE. From the 6th century CE, Turkic speakers gradually moved in. Its architecture and archaeological sites form one of the pillars of Central Asian history and art. The region of Bukhara was a part of the Persian Empire for a long time. The origin of many of its current inhabitants goes back to the period of Aryan immigration into the region.

The Samanid Empire seized Bukhara, the capital of Greater Khorasan, in 903 CE.[8]Genghis Khan besieged Bukhara for fifteen days in 1220 CE.[9] 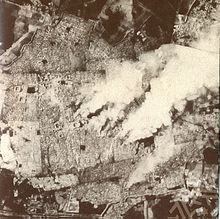 Bukhara under siege by Red Army troops and burning, 1 September 1920

Bukhara was the last capital of the Emirate of Bukhara and was besieged by the Red Army during the Russian Civil War. During the Bukhara operation of 1920, an army of well-disciplined and well equipped Red Army troops under the command of Bolshevik general Mikhail Frunze attacked the city of Bukhara. On 31 August 1920, the Emir Alim Khan fled to Dushanbe in Eastern Bukhara (later he escaped from Dushanbe to Kabul in Afghanistan). On 2 September 1920, after four days of fighting, the emir’s citadel (the Ark) was destroyed, the red flag was raised from the top of Kalyan Minaret. On 14 September 1920, the All-Bukharan Revolutionary Committee was set up, headed by A. Mukhitdinov. The government – the Council of People's Nazirs (Commissars) – was presided over by Faizullah Khojaev.

The Bukharan People's Soviet Republic existed from 1920 to 1925 when the city was integrated into the Uzbek Soviet Socialist Republic. Fitzroy Maclean, then a young diplomat in the British Embassy in Moscow, made a surreptitious visit to Bokhara in 1938, sight-seeing and sleeping in parks. In his memoir Eastern Approaches, he judged it an "enchanted city" with buildings that rivalled "the finest architecture of the Italian Renaissance". In the latter half of the 20th century, the War in Afghanistan and Civil war in Tajikistan brought Dari and Tajik-speaking refugees into Bukhara and Samarkand. After integrating themselves into the local Tajik population, these cities face a movement for annexation into Tajikistan with which the cities have no common border.[10]